The logo of the Aspen program which co-convened the Jan. 10 roundtable.

In boardrooms and think tanks, private efforts are brewing – largely behind-the-scenes at this point — to bring America’s corporate leaders to the realization that they must help reinvent American capitalism, or risk losing its star role on the world stage — if not its outright collapse.

Two of the nation’s most prestigious policy think tanks, the Aspen Institute and the Brookings Institute, are collaborating and are joined at least conceptually by the Drucker Institute, named after Peter F. Drucker, one of the world’s most revered, innovative and prolific management theorists.

“American capitalism is falling short of the aspirations of many of the system’s participants,” declared the agenda for an Aspen-Brookings gathering of 20 corporate leaders held Jan. 10 in a private, 10th-floor Madison Avenue boardroom.  “Historically, the United States has responded to periods of dissatisfaction with business and capitalism with innovative vigor buttressed by sensible policy to address the deepest concerns with the system.”

For a half day, high-level executives in banking, finance, consumer products, advertising, accounting and fund management considered corporate purpose, investment advocacy and tax policies seeking an answer to this question: “Where might few find common ground in the current political environment?”

Brookings made public a white-paper by Steven Pearlstein, Pulitzer Prize-winning economics columnist for The Washington Post, in conjunction with the Jan. 10 gathering, entitled: “Social Capital, Corporate Purpose and the Revival of American Capitalism.” Pearlstein was among participants.  A key conclusion of his 22-page paper: A new generation of younger employee-managers will push corporations away from the “straighjacket of shareholder value” because they will only stay with workplaces that offer “meaning and social value.” (DOWNLOAD PAPER)

In the end, roundtable participants adjourned having kicked around multiple concrete ideas, but without explicitly seeking consensus on the question which began their meeting: “What problems are we trying to solve in corporate governance reform?”   However, organizers  pledged that the meeting was the first of several planned.

The basis for the roundtable discussion was the “Chatham House Rule” — No public quotation of individuals by name without their permission, a rule made in hopes of promoting uninhibited dialogue.  Social-media tweeting was permitted. “How can we restore public confidence in business?” tweeted Elaine C. Kamarck, director of the Brookings Center for Effective Policy Management, a Harvard Kennedy School lecturer, and a co-convenor of the Madison Avenue gathering.

One participant wondered: Is a 50-year-trend toward a single-minded boardroom focus on increasing short-term stock price, so-called “shareholder capitalism” the reason why the public in polls has the lowest-ever respect for American corporations? Declared another participant: “If business doesn’t take the lead, this country is going to be harmed and disadvantaged.” A third asked: “How can we design policies that enhance America’s global competitiveness?”

“What policies can help reduce incentives for short-termism and corporate tax avoidance,” tweeted Judith F. Samuelson, head of Aspen’s Business & Society Program, who co-convened and lead the discussion.  Asked another participant: “How do we give corporations the flexibility & incentives to do the right thing over the long-term?”

The idea of curbing management for the short term is advanced by the Drucker Institute, which held its own invitation-only gathering at Claremont Graduate Institute near Los Angeles in September, 2013.  Yet: “The term ‘short-termism’ has never come up in government,” said one participant who formerly worked in the U.S. White House. “Corporate governance comes up on the periphere.”

One manifestation of “short termism” is profits generated by passing environmental or social costs on to others, said one summit participant.  This undermines capitalism’s moral high ground and erodes faith in the system, the participant added.

Among ideas discussed by the Aspen-Brookings group: 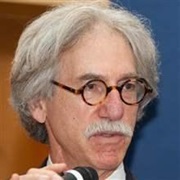 Roundtable participant Stephen Davis, of the Program on Corporate Governance at Harvard Law School, cited his own 2012 Brookings paper noting there is no single federal regulator for protecting the retirement savings investments of American workers. “Who should mind the industry? Oversight of long-term savings has become a regulatory orphan,” he wrote in 2012.

A prevailing theme at the Aspen-Brookings gathering was the role and impact of activist investors on turning the attention of corporate CEOs to inflating stock prices rather than managing for the long term.

“Companies should say how they are run and for what purposes they are run and should be held accountable for it,” said one participant. Companies who do so forthrightly aren’t as  likely to be takeover targets, the participant added.  “Nobody messes with people like Warren Buffett or Steve Jobs.”

On taxes, one tax-policy expert declared: “We heed more tax revenues – we have a revenue problem not a spending problem.”  Much discussion centered on the impact of raising the U.S. tax on capital gains, extending the holding period to three years or more for capital-gains treatment, or eliminating completely the distinction between capital-gains and ordinary income or retained earnings.  There was no obvious consensus, however.